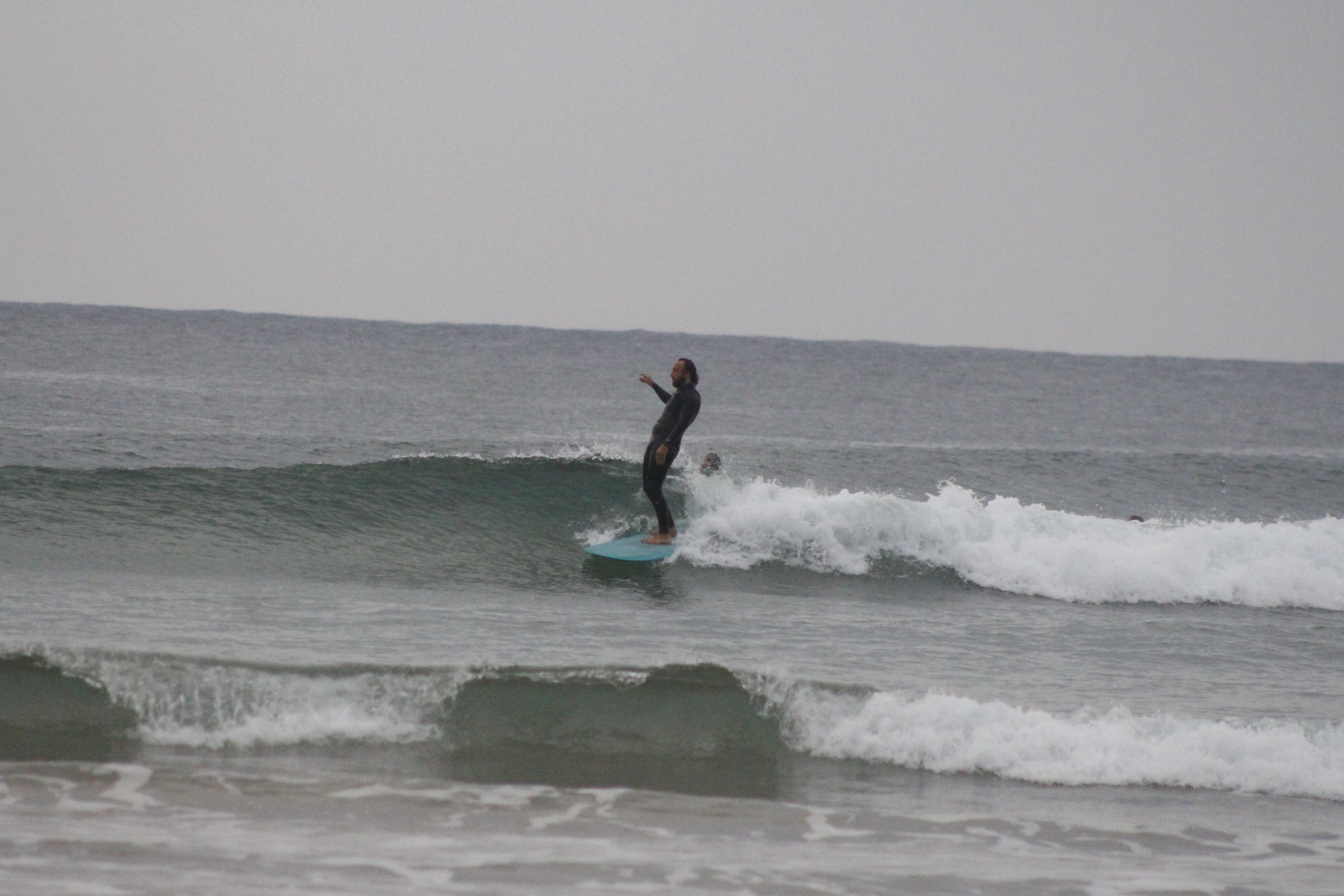 – I have been down the Hull worm hole for a while now.  I think it was sometime in Late Autumn of 2015 that the first one of these magical beasts crossed my path.

I had been riding a bunch of different craft for a couple years.  Experimenting with the way I wanted to surf and the sorts of vibes I wanted to be part of.  Disillusioned with standard equipment after years of getting it wrong.  I was one of those ‘90’s teens that spent the vast amount of my time trying to dial in wafer thin banana shaped boards only to change it up for *another* wafer thin option once the deal had almost been reached.

Move forward 20 years, requirements and ideals very much changed but the values I hold in surfing still as strong as they ever were.  Hence my utter stoke and appreciation when Chris (Bandwagon Surfboards) left me with the Gee Bee one Autumn Afternoon.  5’10, Full S-Deck and, as I later found out, much needed mini training wheels (side bites)

I took it out in everything, and slowly learned the depth of its bladed rails and understated belly.  I started to understand a love for minimal movement.  Sling shot bottom turns around a different radius, full rail movements, very differing but rewarding cutbacks.  I played about with this beauty for some time before it was prized from my grip and moved on to the next needing soul!  (Who I think, weirdly, was Liam from Good Fin Co)

– Chris, an aficionado in the minimal movement Hull arena, chatted pretty frequently, about all things glide, speed, feel etc.  It was no mistake then, that I ended up ordering an interpretation from him that winter.

I have heard, and still do hear, people saying that these boards don’t work in the UK, don’t work on beaches, don’t work backhand.  To be honest I couldn’t comment, from the second I catch a wave to the second I kick out I’ve no idea what is happening.  An out of control, control, built around doing nothing, going faster than I’ve ever been and creating a flow that generates smile upon smile.

I’ve had more beatings surfing my Hull than anything I’ve ever ridden, but equally, more smiles too.  And because of that, no matter how much she slaps you when you think you finally got it right, I’ll continue being stoked on these things.  Actually, I surfed it at a secret (not secret) spot renowned for heavier waves last winter, it was a decent size day and doing the usual.  A bad call from a good friend, more smiles, a lot of sand in my, everywhere, and some good visuals, left me thinking.  Mmmnn I reckon…. – TBC

If you are here by mistake, and actually got this far! thanks.  If you made the effort to get here and made it this far.  Then you probably get it too!  Thanks for reading.